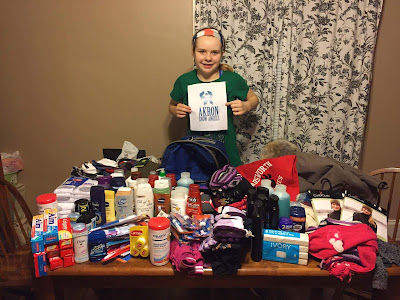 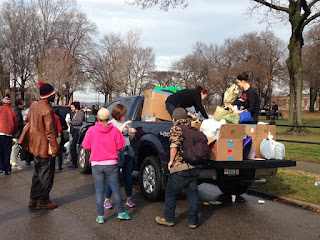 There were so many other interactions today that I had that all seemed to point me in this same direction.   Please, take a few minutes to look around to see what really matters.   When it gets cold later this week, ask yourself this…   Who do you want in your tent?
Posted by Unknown at 4:22 PM No comments:

It’s 9:00 on a Sunday morning as I pull my dad’s truck out of the garage and start down the road for another mission with the Akron Snow Angels.   Less than a mile down the road I look over at the readout in the truck that tells me it’s 8 degrees outside.   I’m in the truck, all bundled up in 4 layers of clothes including Carhartt overalls, and I’m cold.   It’s at this point when it dawns on me, “I don’t see how some of my friends live in this.”

I was the first to arrive at the facility where we meet and store all of the items that we have.   It’s not heated, but it does keep everything that we have dry.    As soon as I pushed the door open I felt a rush of disappointing, but not unexpected cold air.   Once again, the question of “how can they live in this?” circled around in my head.
We had a few more volunteers than normal today which was nice.   We got everything loaded up and headed for Grace Park as per our usual routine.   With it being so cold out, the crowd that greeted us had fewer people.   To me, that’s a good thing.   It means that some of the shelters have opened their doors to a few more people in order to make sure that they can stay warm.
We parked and I got to do my favorite job again.   I took requests today.   I still love doing this.   I love how it gives me a chance to hear from, learn about, and interact with so many people.   Some of them are more memorable than others, but today had one interaction that gave me a bit of a spark, and it’s what led me to figure out what the lesson was for today.
On the early December mission, I met a man and his wife.   He is a taller man with a booming voice, a firm handshake and a friendly demeanor.   She is quieter and prefers to be in the background, but is very pleasant.    They live in a tent, so their situation is obviously not ideal, but my perception of their situation tells me that it’s an amazing relationship.
He is a man of pride.   He sees their situation, and wants to work to get both of them out of it.   He is working to move things forward.   He wants to provide for them.  He wants to protect her.   On the flip side of the equation, through thick and painfully very thin times, she supports him.   She has confidence in him.   They are in a tough spot and yet they are in it 100% together.   They help each other.   It’s very easy to bail when times get tough and say “I’ll do this on my own.”   With these two, they want to do it together.   They do what so many people don’t in making sure that the whole is greater than the sum of the parts.    What’s amazing is that they are doing this in conditions that most people would give up in.   It’s a powerful thing to see.
This mission, he came up to me and asked if he could get a set of Carhartt coveralls.   It was with great pride that he told me “I got a job!”   He told me where and what he’d be doing.   “I’ll be outside 9 hours a day and it’s not going to start getting warmer for a while yet.   I hope that on the first of the month, we can finally get a place.”   Hearing those words made my week.
It was after this conversation with him that I noticed something about everyone that I had talked to that day.   When my house drops below 68 degrees, I think it’s cold, and although I don’t complain to the dog and cats, I probably would if they would listen.   These people are living in conditions where the temperature is 8….and they aren’t complaining.   People made a few small jokes about the cold, but no actual complaints.   No griping.   No “I hate this”.
I’ve always somewhat avoided the “how’s it going?” question when on missions as I’ve always been afraid of making someone feel bad.   After some thoughts though, I wanted to see if my lesson was turning out to be what I thought it was.   I asked my friend Jared how he was doing.   “Good!” was his only reply.   I asked Jesse how he has been as I haven’t seen him for a while.  “Not too bad”.    I asked some of the people that came up to me for requests.  “Doing ok.”   “Great!”   “I’m alive and well.”   Not one had a negative answer.
As I started to process all of these answers and why they have them, I realized that negativity is a sign of giving up.   If you give up in this situation, in these conditions, you’re dead.   In these sometimes dire situations, hope and a positive attitude may be the only things that you have.

Today’s lesson: Even in a difficult situation, your outlook can mean the difference between survival or failure. 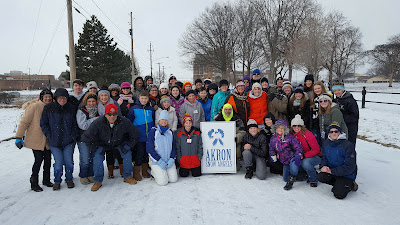 Posted by Unknown at 2:06 PM No comments: